7 Ways to Boost Your Mood With Food

7 Ways to Boost Your Mood With Food

If you sometimes indulge in sweets when stressed or upset, you know how immediately satisfying they can be. But all too often, they result in a quick blood sugar crash and irritability. Just as some foods can have a negative effect on your outlook, recent research explores whether eating certain foods can improve your mood and well-being.1

In a study published in the Journal of Epidemiology and Community Health, for instance, researchers analyzed 26 previously published studies (involving 150,278 participants) that examined the association between fish consumption and the risk of depression. In their analysis of results, the study authors found that people who consumed the most fish were less likely to have depression symptoms.3

While this association doesn’t prove causality, it suggests that rigorous clinical trials are needed to explore the role of omega-3 fatty acids in depression and mental health.

To increase your intake of omega-3 fatty acids, consume foods such as:

In addition to whole foods, good sources of omega-3s are fish oil, flaxseed oil, and echium oil, but it’s a good idea to check with your healthcare provider first if you are pregnant, nursing, take medication, or have any concerns.

Pump Up on Probiotics

Probiotics are best known for their role in digestive health, but emerging research suggests that bacteria in the gut sends and receives signals to the brain (known as the gut-brain axis).4 In a review published in Annals of General Psychiatry in 2017, researchers analyzed 10 previously published studies and found that the majority of studies found positive effects of probiotics on depression symptoms.5 While promising, the study’s authors noted a wide variation in probiotic strain, dose, and treatment duration, and that further studies were needed to test efficacy.

Consumption of a probiotic supplement was found to improve both gut symptoms and depression in people with irritable bowel syndrome (IBS), according to a study published in Gastroenterology in 2017.6 Participants took either a probiotic supplement (Bifidobacterium long NCC3001) or a placebo daily for 10 weeks. 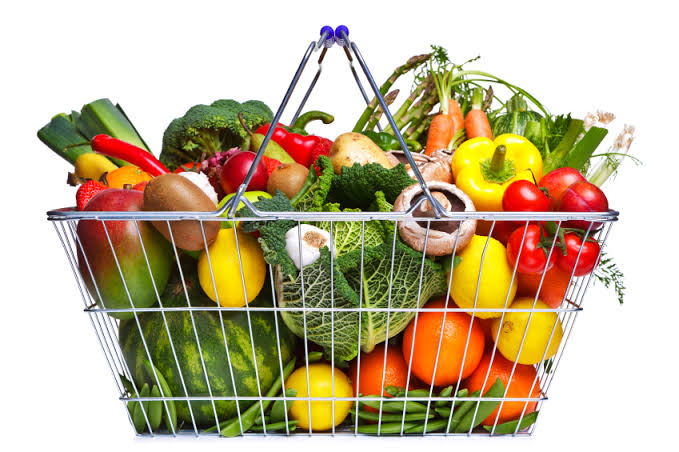 Increase your intake of probiotics with foods including:

Take note, however, that it is possible for someone who is immunocompromised to contract an infection — fungemia or bacteremia — from probiotic supplements. Talk to your doctor before starting a course of probiotics.

Whole grains are important sources of B vitamins, nutrients vital for brain health. For example, thiamin (vitamin B1) is involved in turning glucose into energy, pantothenic acid (vitamin B5) is needed to produce the neurotransmitter acetylcholine (involved in learning and memory), vitamin B6 helps to convert the amino acid tryptophan into serotonin, and vitamin B12 is involved in the production of neurotransmitters such as serotonin and dopamine, among others, all of which help to regulate mood.

Look for grains in their whole form, such as:

Whole-grain foods can be confusing. A rule of thumb when reading food labels is that for every 5 grams of carbohydrate, a product should have at least one gram of dietary fiber to be considered a whole grain.

Opt For a Regular, Nutritious Breakfast

While the association doesn’t prove that the depressive symptoms were caused by skipping breakfast, it suggests a possible role of regular breakfast on the mood that should be explored further.

Choose foods rich in fiber, nutrients, and good fats. Oatmeal is rich in soluble fiber, which helps to smooth out blood sugar levels by slowing the absorption of sugar into the blood. Try a bowl of steel-cut oats. Other breakfast foods to include are citrus fruits, strawberries, apples, whole grains, and nuts. 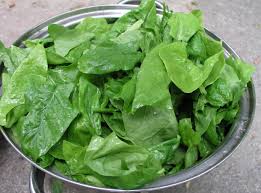 Load Up on Leafy Green Vegetables

Spinach and other green vegetables contain the B vitamin folate. Although the connection isn’t fully understood, low folate levels have been consistently associated with depression in research. A study published in the Journal of Psychiatric Research in 2017, for instance, analyzed previous studies and found that people with depression had lower blood levels of folate and lower dietary intake of folate compared to those without depression.8

Folate deficiency may impair the metabolism of serotonin, dopamine, and noradrenaline (neurotransmitters important for mood), but further research is needed to understand the role of folate in depression and mental health.

Several studies have found that greater vegetable and fruit consumption is associated with a decreased risk of depression.9 One study published in 2017 found that a beverage made from wild blueberries increased positive mood in children and young adults.10

Folate is also plentiful in beans and lentils, with a cup of cooked lentils providing 90 percent of the recommended daily allowance.

Don’t take folic acid supplements without consulting your health care provider. In some cases, it may cause adverse effects and there are potential risks for some people (such as those who have had colon polyps or cancer).

Caffeine has been found to trigger the release of brain chemicals such as dopamine, which is important for performance and mood. A study published in Molecular Nutrition and Food Research in 2016, for instance, analyzed 12 previously published studies and concluded that coffee consumption (and to a lesser extent, tea) had a protective effect on the risk of depression.11

In the study above, the intake that had the greatest effect was 400 mL of coffee (approximately 1 2/3 cups) per day.

Caffeine affects everyone differently, so if coffee makes you jittery, irritable, sad, sleepless, or brings on other adverse effects, avoid drinking it (opting for caffeine-free beverages like rooibos tea) or choose lower-caffeine beverages like black tea or green tea.

Another option is chai. An Indian tea made with black tea plus the addition of spices such as cardamom and cinnamon, chai’s spices adds a natural sweetness to the tea, which may help you cut back on sugar and sweeteners

Enrich Your Diet With Foods High in Vitamin D

Known as the sunshine vitamin, this nutrient is made naturally in the body when skin is exposed to the sun’s ultraviolet B (UVB) rays. In the past few years, research has suggested that vitamin D may increase the levels of serotonin, one of the key neurotransmitters influencing our mood, and that deficiency may be linked with mood disorders, particularly seasonal affective disorder.12

In addition, preliminary research suggests that vitamin D deficiency is a risk factor for depression in older adults.13

•  Foods that may be fortified with vitamin D (milk, soy milk, and orange juice)